Milan Kundera: A Arte do Romance 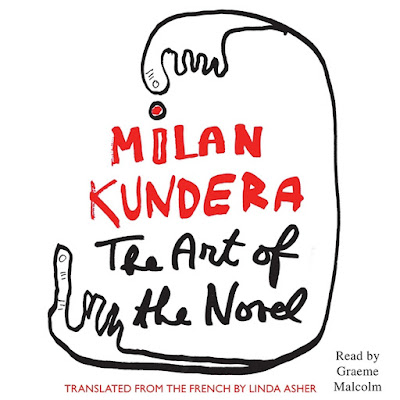 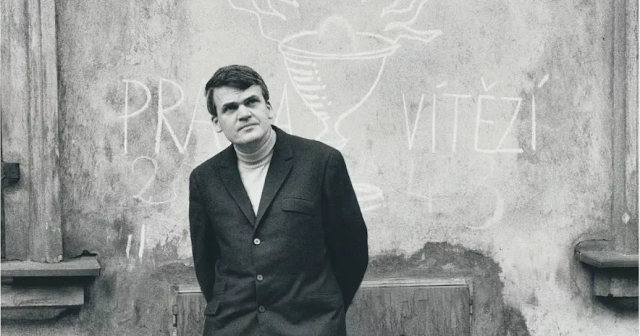 The Definition of Novel

“The great prose form in which an author thoroughly explores, by means of experimental selves (characters), some great themes of existence.”

The History of the Novel

“all the great existential themes Heidegger analyzes in Being and Time — considering them to have been neglected by all earlier European philosophy — had been unveiled, displayed, illuminated by four centuries of the novel (four centuries of European reincarnation of the novel). In its own way, through its own logic, the novel discovered the various dimensions of existence one by one: with Cervantes and his contemporaries, it inquires into the nature of adventure; with Richardson, it begins to examine "what happens inside," to unmask the secret life of the feelings; with Balzac, it discovers man's rootedness in history; with Flaubert, it explores the terra previously incognita of the everyday; with Tolstoy, it focuses on the intrusion of the irrational in human behavior and decisions. It probes time: the elusive past with Proust, the elusive present with Joyce. With Thomas Mann, it examines the role of the myths from the remote past that control our present actions. Et cetera, et cetera.”

The Psychology of the Novel

“The term is, of course, inexact and approximate. Let's avoid it and use a periphrasis: Richardson set the novel on its way to the exploration of man's interior life. We know his great successors: the Goethe of Werther, Laclos, Constant, then Stendhal and the other writers of his century. The apogee of that evolution is to be found, it seems to me, in Proust and in Joyce.

Joyce and the Psychology of the Present

All the sadness of life lies in that fact. In the course of a single second, our senses of sight, of hearing, of smell, register (knowingly or not) a swarm of events, and a parade of sensations and ideas passes through our heads. Each instant represents a little universe, irrevocably forgotten in the next instant. Now, Joyce's great microscope manages to stop, to seize, that fleeting instant and make us see it. But the quest for the self ends, yet again, in a paradox: The more powerful the lens of the microscope observing the self, the more the self and its uniqueness elude us; beneath the great Joycean lens that breaks the soul down into atoms, we are all alike. But if the self and its uniqueness cannot be grasped in man's interior life, then where and how can we grasp it?”

The Novel Form and Music Notation

“M.K.: Each of the parts in my novels could carry a musical indication: moderato, presto, adagio, and so on.

C.S.: So the tempo is determined by the relation between the length of a part and the number of chapters it contains?

Part Four has 25 chapters in 20 pages! Which gives a feeling of great speed: prestissimo.

C.S.: Part Six has 17 chapters in only 17 pages. If I understand you correctly that means that it has a fairly rapid tempo. And yet you call it adagio!

“M.K.: Because the tempo is further determined by something else: the relation between the length of a part and the "real" time of the event it describes. Part Five, "The Poet Is Jealous," represents a whole year of life, whereas Part Six, "The Middle-Aged Man," deals with only a few hours. Here the brevity of the chapters functions to slow time down, to fix a single great moment. . . . Contrasts in tempi are enormously important to me. ”

The Novel and the Media

Like all of culture, the novel is more and more in the hands of the mass media; as agents of the unification of the planet's history, the media amplify and channel the reduction process; they distribute throughout the world the same simplifications and stereotypes easily acceptable by the greatest number, by everyone, by all mankind. And it doesn't much matter that different political interests appear in the various organs of the media. Behind these surface differences reigns a common spirit.

You have only to glance at American or European political weeklies, of the left or the right: they all have the same view of life, reflected in the same ordering of the table of contents, under the same headings, in the same journalistic phrasing, the same vocabulary, and the same style, in the same artistic tastes, and in the same ranking of things they deem important or insignificant. This common spirit of the mass media, camouflaged by political diversity, is the spirit of our time. And this spirit seems to me contrary to the spirit of the novel.

The novel's spirit is the spirit of complexity. Every novel says to the reader: "Things are not as simple as you think." That is the novel's eternal truth, but it grows steadily harder to hear amid the din of easy, quick answers that come faster than the question and block it off."

“In 1968 and 1969, The Joke was translated into all the Western languages. But what surprises! In France, the translator rewrote the novel by ornamenting my style. In England, the publisher cut out all the reflective passages, eliminated the musicological chapters, changed the order of the parts, recomposed the novel. Another country: I meet my translator, a man who knows not a word of Czech. "Then how did you translate it?"

"With my heart." And he pulls a photo of me from his wallet. He was so congenial that I almost believed it was actually possible to translate by some telepathy of the heart. Of course, it turned out to be much simpler: he had worked from the French rewrite, as had the translator in Argentina. Another country: the translation was done from the Czech. I open the book and happen on Helena's monologue. The long sentences that in my original go on for a whole paragraph at a time are broken up into a multitude of short ones. . . . The shock of The Joke's translations left a permanent scar on me.”

The Planet of Inexperience

“Inexperience. The original title considered for The Unbearable Lightness of Being: "The Planet of Inexperience." Inexperience as a quality of the human condition. We are born one time only, we can never start a new life equipped with the experience we've gained from a previous one. We leave childhood without knowing what youth is, we marry without knowing what it is to be married, and even when we enter old age, we don't know what it is we're heading for: the old are innocent children of their old age. In that sense, man's world is the planet of inexperience."