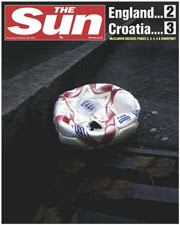 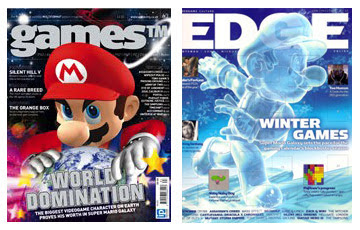 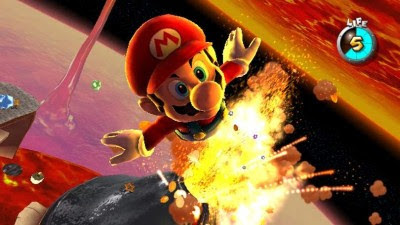 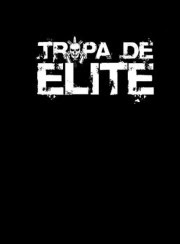 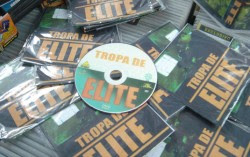 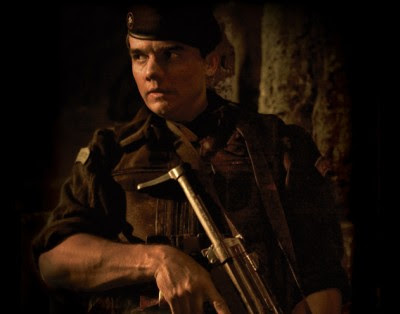 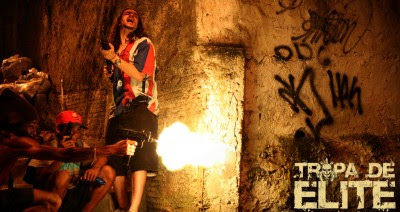 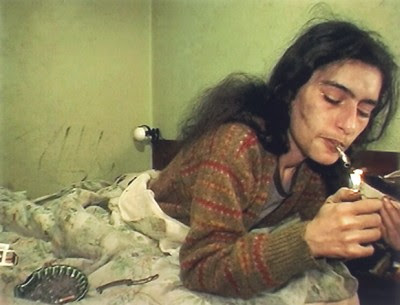 Deste modo podem realizar o download gratuito a partir do próprio website de Steven Poole. Se estiverem interessados no download tenham em atenção que "the book is offered under a CC license, for a limited time only. I’m not sure how limited that time will be, so grab it while it’s hot." 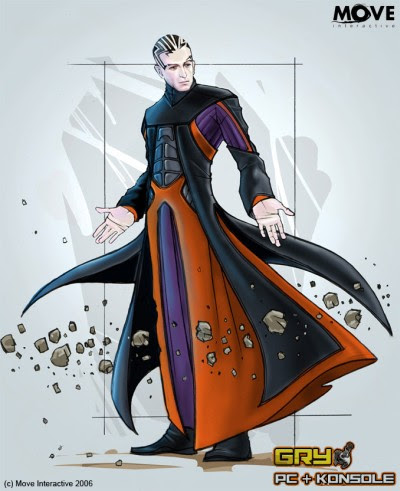 The application deadline is 20th November 2007. 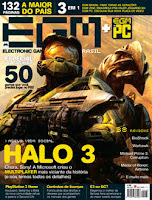 Two open University lecturer positions in Media Technology. The duties include development of and education within the knowledge area of digital game technology with a focus on graphics programming in digital games. The service is mainly executed within the digital games program, which collaborates closely with the programs Medieteknik and digital sound production and the on-the-job-training school of future entertainment (SOFE). Therefore, the service requires expertise in technical and aesthetic areas giving form to processes within pedagogical activity, and qualified process guidance for students.

The Department of Computer Science at NC State University (NCSU) seeks to fill multiple tenure track faculty positions starting August 16, 2008. Exceptional candidates in all areas of Computer Science (CS) will be considered, but of particular interest are candidates specializing in Computer Gaming, Security, and Software Engineering. All candidates should have a strong commitment to academic and research excellence commensurate with the expectations of a major research university. These credentials include a doctorate in CS or a related field. While the department expects to hire faculty predominantly at the Assistant Professor level, candidates with exceptional research records are encouraged to apply for senior level positions.

Review of the applications will begin January 15, 2008
Web address

Applicants should have a PhD in computer science or closely related field. With our expanding role on campus and our burgeoning game design initiative there are many opportunities for creative curriculum development. 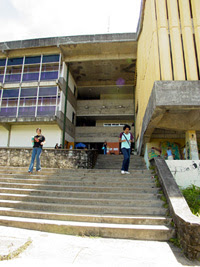 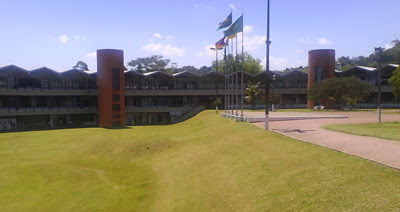 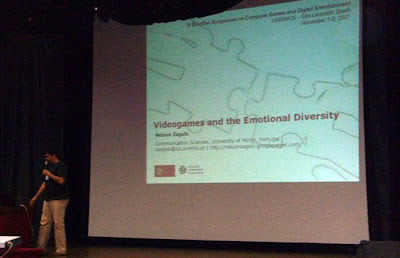 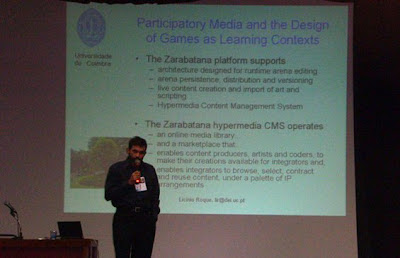 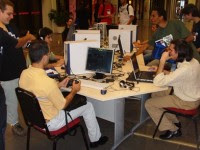 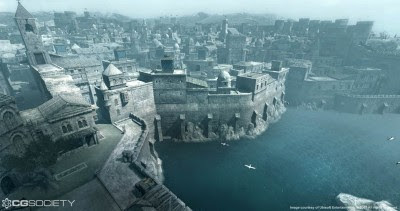 Educação em Programação
«Because they are translating ideas into numerical equations, programmers need strong math skills (trigonometry, linear algebra, and analytical geometry...) These subjects teach programmers to describe how the objects in a video game move through space and hone programmers' ability to manipulate numbers.

Game programmers should learn C and C++, as these are the programming languages most often used in the industry. Many jobs also require assembly language. Standards change quickly in the industry; programmers need to learn new languages and techniques throughout their careers. Most game programmers have a bachelor's degree in computer science, although some major in related subjects, such as cognitive science and electrical engineering. Those working on complex problems, such as a new artificial intelligence system, sometimes have advanced degrees.»

Especialidades de Arte
· Texturing: making pretty textures.
· Technical artist: may write shaders in code. May help set the tech specs for the art.
· Environment creation: a specialty of artist that is good at making places.
· Lighting: often pushed off on one artist, but there’s a bunch of chops required.
· Writing: what it says on the tin.
· Foley: sound effects.
· Composer
· Cutscene people

Educação em Artes
«Game artists need a visual imagination. They find inspiration by observing nature; studying movies, comics, and fine art; and experimenting with new ideas. Game artists must also be able to apply basic math concepts, especially when working on 3-D games. "When you add a third axis, you really have to understand geometry". Artists working in 3-D should know how to use modeling and animating software and should be able to teach themselves new features and techniques. Ability to communicate with programmers is another must.

Most people in these occupations have formal training in fine arts or art-related subjects, such as animation or industrial design. They study drawing, painting, color theory, sculpture, and graphic design. Those with bachelor’s degrees are usually more likely to be hired. "It is very important to get a traditional education in the arts.. The degree of artistic skill required is rising."»

Especialidades de Design
· Systems design: designing how the gameplay will actually work.
· Game balance: running numbers, mostly. A highly valuable (and rare) subspecialty.
· User interface design: often pushed off on artists or lead designers.
· Behavioral scripting: adding new game behaviors — this is what we usually think of as “scripting designers.”
· Content design: quest writing, itemization, etc (filling in data in tables, usually).
· Level design: map building. Straddles the line between art and design, usually.
· Modeling: making 3d meshes.
· Rigging: setting them up to animate.
· Animating: actually animating them. These two are not the same thing, and some people are better at one than the other.

Educação em Design
«Communication is one of a designer’s most important skills. Need a strong ability to write, to communicate ideas, to persuade and manage. Creative writing, English, theater, and other liberal arts classes help many designers to strengthen those skills. Designers work with artists, programmers, and musicians throughout development. In fact, sometimes a designer is also the lead programmer, artist, or producer. But even if designers have other duties, their role is unique. They oversee the entire game playing experience, instead of concentrating on one element. "Artists might want to paint beautifully intricate art, and that’s good.. but if the art slows down the game too much, it can't be used."

Designers need technical skills as well: They need to understand computer programming and software design. To be a good designer, you have to understand how games work. Designers have to be able to understand the technical hurdles programmers face. Most designers earn a college degree. The most common degree concentrations are English, Art and computer science. However, a designer’s most significant training comes from experience. Designers usually begin their careers as game artists, programmers, testers, or producers.»

"At the very least you need to seat designer and programmer together to work like Siamese twins — like a lyricist and the composer. But better yet is to acknowledge that systems, for better or worse, are defined in code. And therefore knowing how to code at least a little is like saying that a painter needs to know how to use a paintbrush, or a composer really should play at least one instrument even if not as master (..) scripting designer prototype and iterate, and then port the final result over to a robust programmer-created system (..) again, it’s not about being as good as a professional programmer. It’s about understanding the tools of your chosen medium well enough to actually work with them."
Hora: 21:24 2 comentários:


No wonder our perception of beauty is distorted. 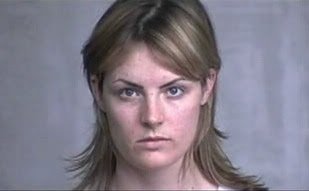 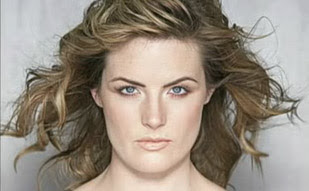 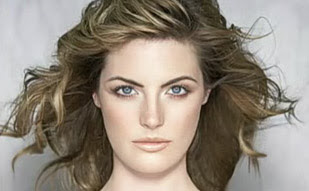