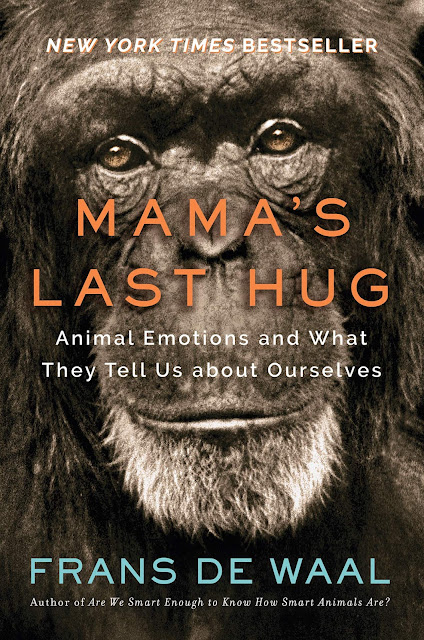 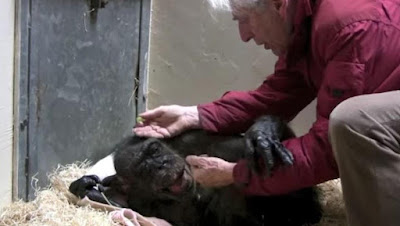 “That faces are best judged in context has been taken to its extreme by Lisa Feldman Barrett, an American psychologist, who claims that emotions are mentally constructed. Instead of us being born with a set of well-defined emotions marked by clear body signatures, she argues, what we feel boils down to how we evaluate the situation we find ourselves in. Her position clashes with scientists who believe in Ekman’s six basic emotions as the foundation of everything. The basic-emotions school loves simple labels for recognizable emotions, whereas Barrett is impressed by the variability of how we judge our feelings, which isn’t always clear from how we express them."

"People smile while they’re sad, scream while they’re happy, and even laugh while in pain. In a popular scene from the 1970s Mary Tyler Moore Show, Mary can’t stop laughing at a funeral even though (or perhaps precisely because) she knows it is inappropriate. That the expressed exterior and the felt interior don’t perfectly match doesn’t mean that either is suspect, however. There is no great contradiction between assuming universal human facial expressions, understood all over the world, and acknowledging the absence of a one-on-one relation between expressions and feelings. The two don’t always agree and don’t need to."

"This argument, which posits that language lies at the root of emotions, reminds me of an encounter during a workshop on sexual behavior, in which postmodern anthropologists put more trust in language than in the scientific method. Feelings can’t be felt without words, they argued, going so far as to claim that it is impossible for people whose language lacks a word for orgasm to feel any sexual pleasure. This unsupported claim so upset the scientists present that we began circulating little notes to each other with questions such as “If people lack a word for oxygen, can they breathe?” Emotions clearly precede language in both evolution and human development, so language can’t be all that important. It’s tacked on. All it does is label internal states, but who says it helps us distinguish them?”"

“Once at a Japanese zoo, I saw they had set up a nut-cracking station for their chimpanzees. The enclosure contained a heavy anvil stone and a smaller hammer stone attached to it with a chain. The caretakers would throw a large number of macadamia nuts into the enclosure, and all the chimps would gather hand- and footfuls, then sit down. Macadamias are one of the few types of nut that chimps can’t crack with their teeth—they needed that nut-cracking station. First the alpha male cracked his nuts there, after which the alpha female did the same, and so on. The rest waited patiently for their turn. It was all extremely peaceful and orderly, and everyone managed to crack their nuts without problems. But underlying this order was violence: if one of them had tried to breach the established arrangement, chaos would have ensued. Even though this violence was mostly invisible, it structured society. And isn’t human society set up like this, too? It is orderly on the surface but is backed by punishment and coercion for those who fail to obey the rules. In both humans and other animals, giving in to one’s emotions without regard for the consequences is about the stupidest course of action to follow.”

“Animals just can’t afford to blindly run after their impulses. Their emotional reactions always go through an appraisal of the situation and judgment of the available options. This is why they all have self-control. Furthermore, in order to avoid punishment and conflict, the members of a group need to adjust their desires, or at least their behavior, to the will of those around them. Compromise is the name of the game. Given the long history of social life on earth, these adjustments are deeply ingrained and apply equally to humans and other social animals. So even though personally I am not a big believer in free will, we do need to pay close attention to the way cognition may override inner urges. Fighting the impulse to take one course of action and replacing it with another that promises a better outcome is a sign of rational agency. ”

“The American psychologist Jessica Tracy documented the human triumph displays in her 2016 book Take Pride: Why the Deadliest Sin Holds the Secret to Human Success. She analyzed hundreds of photographs of world-class athletes to determine how they reacted to winning or losing. Photographs of winners of the 2004 Olympic judo competition, taken right “after every match, showed the same pride expression: body expansion, raised arms, and fisted hands. We often think Westerners are more into individual success, stressing their own qualities and accomplishments, but in fact the cultural background of the athletes didn’t matter. All winners showed the same behavior regardless of nationality. Again, we might ask if this is because the world has been homogenized. Do athletes learn how to express triumph from watching each other? Tracy addressed this question by analyzing a new set of photographs taken during the Paralympic Games, showing congenitally blind athletes. Winning blind athletes celebrated in exactly the same manner as seeing ones, so Tracy concluded that pride expressions are not acquired from others. They are biological, an idea that is further supported by their similarity with other species.
“But Tracy did not recognize the same pride emotion in animals; instead she offered the sort of functional account that my ethology professors would have loved. The only reason animals make themselves look large, she suggests, is to bluff, threaten, or intimidate. It’s all a means to an end. They show this kind of behavior before or during confrontations, whereas humans do it after the defeat of a rival, hence for a different reason. Only humans feel a sense of accomplishment, Tracy concluded, which “requires an understanding that the self is a stable entity that has continuity over time, that who I am and what I do now is relevant to who I was yesterday and who I will be tomorrow.”
“Do I hear an echo of Ortega y Gasset’s claim that a chimp wakes up every morning with no idea who or what he is? I’m baffled, because for most animals, today’s behavior is a direct continuation of yesterday’s and predicts tomorrow’s. Imagine having to start over every day figuring out their hierarchy and social network! In reality, each individual member of an animal society has an enduring role. Like us, animals know exactly who they are and where they fit in. Their friendships often last a lifetime. In addition, status displays are much more than a way to get the upper hand. Sometimes they relate to recent history, such as the triumph ceremony of geese, which typically follows a victory, such as a gander chasing off a rival. Doesn’t this ceremony suggest the gander is proud, as it does with humans?”

“Once at a symposium, I heard a prominent philosopher say he was going to explain human consciousness, claiming it was the logical outcome of our huge number of neurons. The more neurons interconnect, he said, the more conscious we become.”

“What about animals that have brains larger than our 1.4-kilogram ones, such as the sperm whale’s 8-kilogram brain? But all right, I thought, humans possess more neurons, so perhaps his theory holds up. It had always been taken for granted that our brain has the most neurons—until we started counting them. It has now come to light that the elephant’s 4-kilogram brain actually has three times as many neurons as ours does.”